We are able to do just that, using the AKAS® LC II M safety light curtain from Fiessler Elektronik.

Fiessler Elektronik has been producing optoelectronic components for the industry since 1956 and for more than 60 years they are the leader in manufacturing safety light curtains. They created the AKAS® safety solution in 1998.

The press brake protection AKAS® is an electrosensitive protective device (ESPE). ESPE is characterised by the fact that a hazardous motion becomes interrupted or prevented if the light beams produced between the transmitter and receiver unit are interrupted. 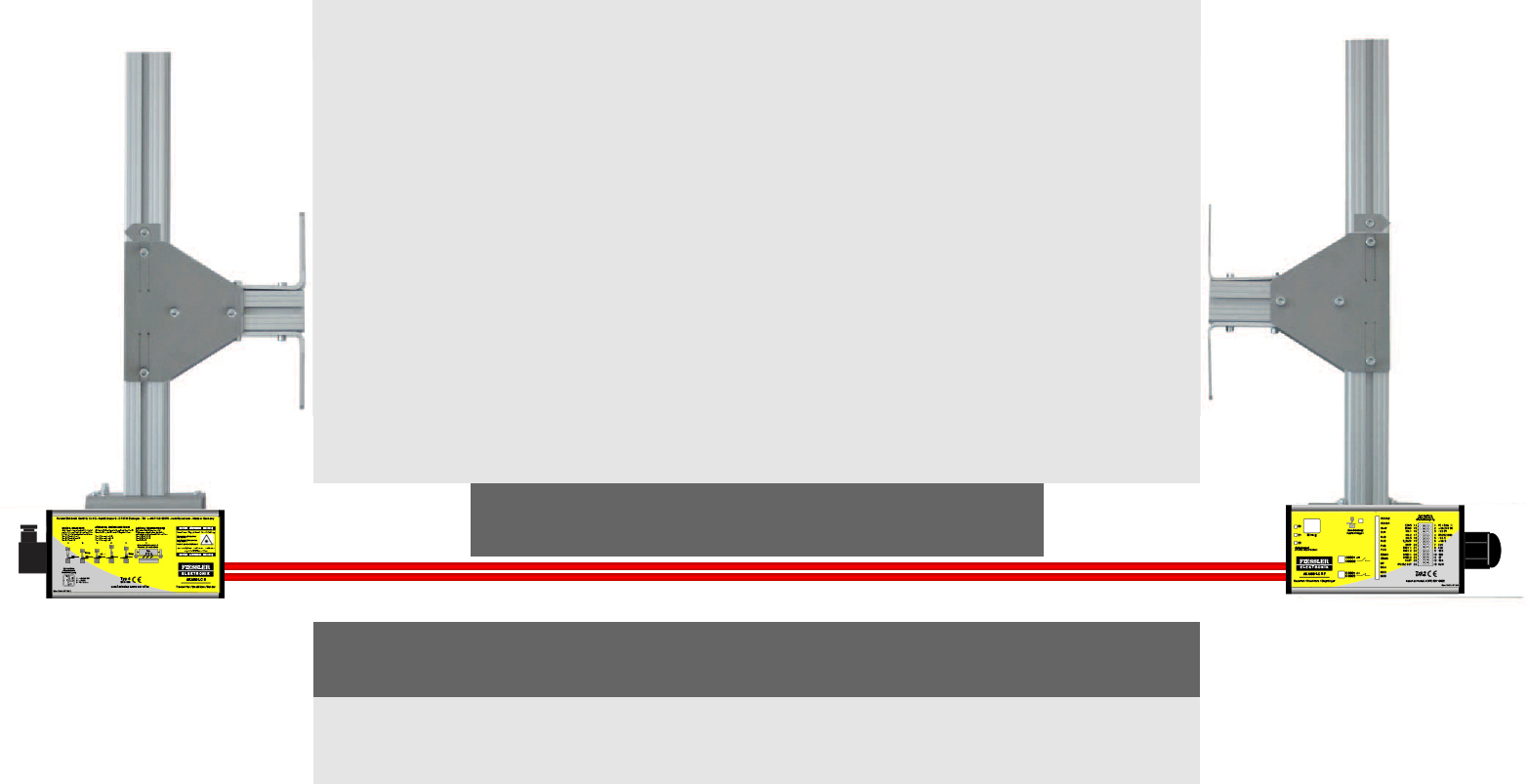 The transmitter generates two red light laser beams (Figure 1), which due to the positioning of the receiver elements form a three-beam safety grid. The vertical laser grid is received and analyzed by elements E2 and E3 (Figure 2). Additionally the element E1 provides horizontal protection during the phase where the machine is being closed.

KARMET TORO hydraulic press brakes are equipped with “Box bending” option. The AKAS® safety system recognizes when the option is enabled and reacts accordingly. To carry out the box bending function the receiver element E1 (Figure 3) must be switched off. Otherwise it would be blocked off by the part of the metal box, which has been bent upwards. 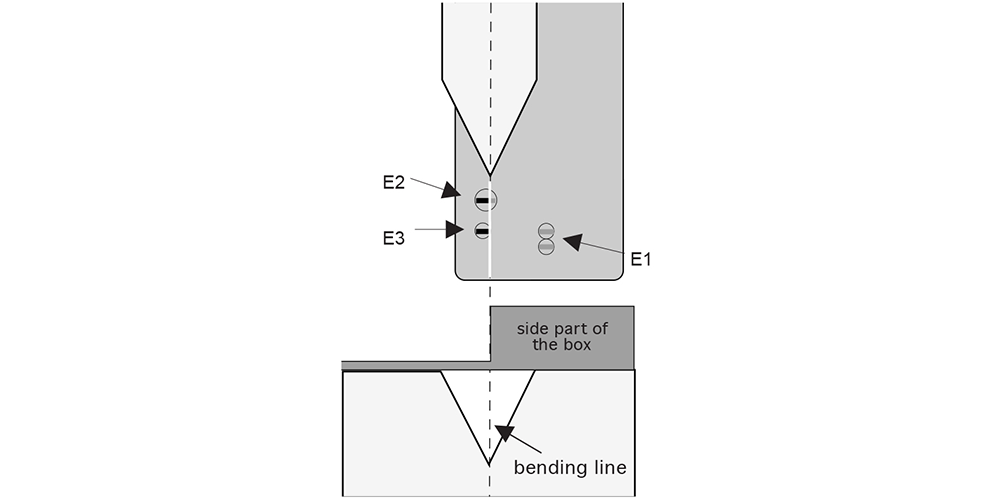 During the actual bending process the punch moves down at high speed. That is at full speed. Until the tip of the tool is positioned immediately above the metal sheet. The presence of a finger or hand in the danger area would be detected by the laser grid and stop the machine with a reaction time of 0.75 ms (1.5 ms worst case). If however there is no danger then the descent of the tool will be slowed to the normal working speed.

The system has the option to directly connect and monitor the foot pedal, emergency stop button, safety switch for left and right safety door, back area protection, monitor of safety valves.

The most important requirement of a press brake is to ensure the safety of the operator. The AKAS® system with its easy to use and innovative safety laser grid fulfils this requirement and in no way reduces the productivity of the machine. The entire work sequence of the machine is optimized and is carried out without any intermediate pauses. This is why we at “KARMET Bulgaria” Ltd. rely on the German quality and traditions, which Fiessler Elektronik implement in manufacturing  the AKAS® safety system. We have included it in all our hydraulic press brakes from the TORO series – PRO, BASIC, RAPIDO and HEAVY DUTY.